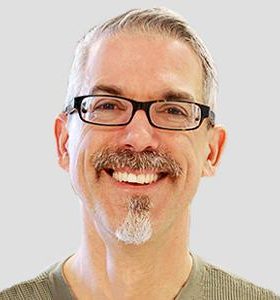 Dr. Centola was previously an NIH Scholar and OMRF Investigator, as well as founder and C.S.O of Crescendo Bioscience. At Crescendo he was lead inventor and developed the first multivariate clinical diagnostic test for Rheumatoid Arthritis “Vectra DA” which successfully went to market generating millions of dollars in revenue as of January 2013.

Mike has been a fan of electronic music since it was invented decades ago. He also loves electric cars (his Corbin Sparrow), playing “harp”(harmonica) and has recorded with local blues musicians. His main interests include natural cures for autoimmune disorders (from which his company Haus Bioceuticals was born).

Previously an Assistant Member and Director of the Microarray Research Facility, Department of Arthritis and Immunology, Oklahoma Medical Research Foundation. Dr. Centola received his Ph.D. from the University of California, Santa Barbara in 1994 in the molecular, cellular, and genomics studies of human auto-inflammatory disease.