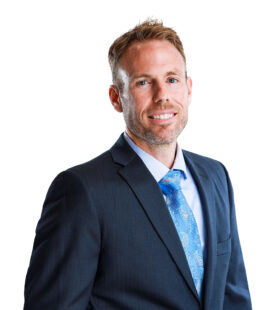 Mr. Munding has a long history with Polyskope Labs as an initial investor in 2013.  He has been on the board since 2019.  Mr. Munding comes with extensive experience in technical sales and engineering from the service side of the energy industry after a six-year career with Flogistix where he presented on products to many industry groups across the nation. While at Flogistix he helped conceptualize and develop two novel patents that were simple yet demonstrably different from those on the market.

Prior to that Mr. Munding, worked at RKI where he helped successfully manage and grow a $500 Million private equity owned asset to be acquired for $2.5 Billion.   While at RKI he helped to engineer and maintain the day to day side of production for RKI LLC in Oklahoma City.   Mr. Munding had previously worked at Chesapeake where had worked various roles over 10 years and learned to be creative in his engineering approach.  Mr. Munding graduated from the University of Oklahoma with a petroleum engineering degree in 2003.

His most important asset though is his family and he enjoys spending time with his wife and two children.  They like to take trips to New Mexico and love to discover new things as a family together.